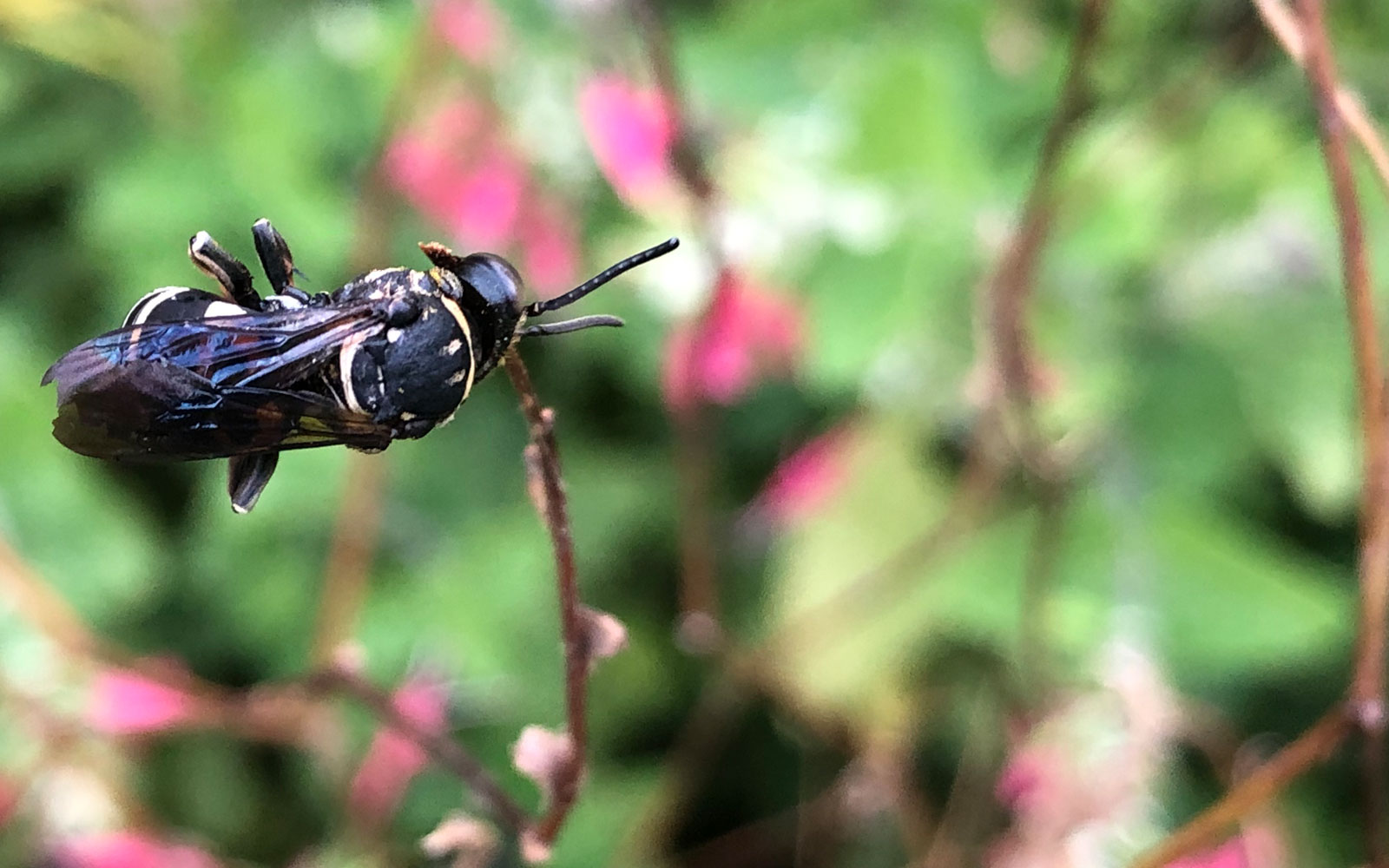 I love when Triepeolus bees visit our gardens in the summer!  First, I find them adorable: at least some of the Triepeolus species have markings like a smiley face on their dorsal thorax (the body segment behind the head).  Now how cute is that?

Second, Triepeolus bees are just plain fascinating.  The females don’t collect pollen to feed their larvae, as most bee species’ females do.  Instead, they are cleptoparasitic, meaning that they lay their eggs in the nests of other bees; when the larvae hatch, they kill the host larvae and consume the pollen provisions. Triepeolus bees parasitize the nests of Longhorn Bees, in large part those in the genus Melissodes. So I’m not surprised to have seen my first Triepeolus bee of 2019 soon after female Two-spotted Longhorn Bees (Melissodes bimaculata) started appearing in the gardens in the early summer.

Interesting aside: cuckoo bees in the related genus Epeolus may also have “smiley face” markings.  But I suspect that the bees in our gardens aren’t Epeolus because these are parasitic primarily on Cellophane Bees, which haven’t appeared in our gardens this year.

To learn more about Triepeolus and Epeolus cuckoo bees, visit these articles on Bugguide, The ID Guide to Wild Bees of the National Butterfly Center, North American Insects and Spiders, and John B. Pascarella, Ph.D.’s The Bees of Florida, from which the information in this post comes. And “bee” sure to check out our recent Facebook post on Triepeolus bees’ sleeping habits!